Are House Spiders Different Than Other Spiders?
You have probably heard all sorts of names for spiders – both specific and generic.  You may have heard of garden spiders, black widows, jumping spiders, and of course, house spiders.  But what makes a spider a house spider?  Is there one spider that is called by that name or does it apply to all spiders? 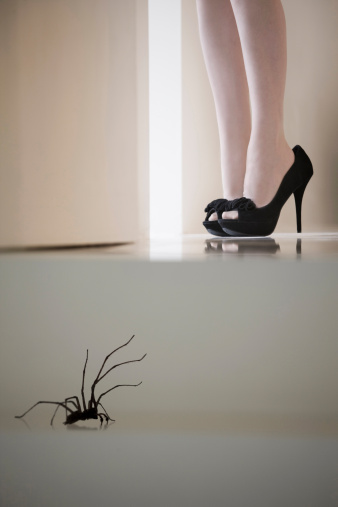 While multiple spiders can be called house spiders or considered house spiders (such as the hobo spider), there is one spider in particular that does actually go by the name of the common house spider.  It can be found in homes across the country, so it should come as no surprise if they appear in your home whether you live in Elkhart, Bloomington, South Bend, or Granger.
They are everywhere.

Do I Need to Worry?
Common house spiders aren’t something that you need to panic over.  Most of the time people aren’t comfortable with them simply because of how they look.  The common house spider can have long, spindly legs that are banded in brown and a light, almost translucent look with a rounded abdomen that also displays a dark brown and lighter brown pattern.  In short, they have that classic creepy spider look that people aren’t a fan of seeing.

However, it is very important to note that while one house spider cruising through your living room may not mean a thing, spotting multiple spiders with or even without webs in your home can be an indication of a problem.  The problem will be not only with too many spiders, but also that there is something else in your home that has a high population and that the spiders enjoy eating.

Spiders Mean Other Pests
While seeing spiders is nerve-wracking and seeing their webs strung up in corners and other unwanted locations, they may very well mean that there is another pest in your house that you need to take care of.  It’s time to call in pest control and get a professional exterminator on the case.  They will discover where pests – both spiders and their prey – are coming in, what they are attracted to, and the best method of removal.  Sometimes a bit of house repair is necessary, such as caulking up cracks or replacing a rotted door frame.  You never know until you have someone there with expert knowledge.  They can eradicate the spiders as well as their food source, and with the right repairs you can be pest-free all around.